Hit enter to search or ESC to close

Yes, You Do Need To Spend Money On Facebook Ads

As a leading Miami content marketing agency, you can bet the last dollar in your marketing budget that we get hit up for Facebook advice – often.  As times have changed, so have the questions, and we reminisce sweetly on the days when friends with businesses would ask whether they could just create a personal Facebook account under their business name.

Sigh, those were the days.

Now, as everyone and their mother have begun using the Facebook business page as an added method for marketing their law firms, landscaping businesses, MLM-schemes and/or personal blogs, the hot question on everyone’s minds have shifted. It’s no longer about whether or not one needs to create a presence for their business on Facebook – it’s how to get that presence seen. And like the clever little marketing wizards they are, the genius people over there at Facebooks have designed a way to profit of our need to be liked, followed, found, and heard – with Facebook ads.

We no longer live in a world where everyone can see what you post, when you post it. Our Facebook feeds have gotten shadier, more strategic, and while it’s driving most people nuts – there’s a reason for all of it. Facebook is killing it with this ads feature, and we’re eating it up.

According to this Forbes article published just last year, the $10 billion increase in ad spending from its introduction in 2010 until the spring of 2017 was due largely in part to its superior targeting capabilities. And by superior, we mean pointedly specific and even kind of creepy – unparalleled. More on this later.

On a scale from one to “how badly do I need to be paying for Facebook ads?”, I’m going to go ahead and say we’ve tipped the scales in favor of the latter. It’s crucial. It’s critical. It’s a 911-emergency. Sound dramatic? That’s the point.

Here are five seriously serious reasons to be putting money where your mouth is when it comes to Facebook ads.

You Set The Budget

Unlike print, radio, or television advertising, Facebook offers you the unique ability to spend whatever you can afford on your Facebook ads. There is no pricey $45k per month bill, like there would be on that giant billboard you wish you could purchase, and you literally get what you pay for. More money equals more exposure – it’s as simple as that. This makes it really easy and quite comfortable to test the waters as you take time to figure out how Facebook advertising works and whether or not it’s worth it for you and your business’s goals. As those page likes come rolling in, you’ll realize it is, and fall down the rabbit hole of boosting posts more quickly than Alice searching for her next Wonderland adventure.

You Call The Shots

Literally. You are the CEO, CMO, CFO and even the President of your own little Facebook ad corporation. Feel like sharing something with the world? Done. You have the power. Feel like cancelling a Facebook ad just four hours after it starts to run? No problem, it’s like nothing ever happened. The ball is in your court, and you get to play the game however you feel like playing it.

Back To That Unparalleled Targeting Feature

Trying to sell socks to housewives named Deb from Tulsa who have a penchant for knitting? Looking to generate likes for your blog from 23-year-old Spanish-speaking women who have each earned a Master of Science degree in sociology? Consider the Facebook ads targeting feature to be your own little magic carpet ride into a world designed just for you and your business. So long as you know exactly who your target market is, the Facebook ads feature is literally serving them up to you on a silver platter.

Because You Can Afford It – For Now

Earlier this year at a Gary Vaynerchuk conference in Fort Lauderdale, he began his speech with telling us, the audience, how stupid we all were if we were not yet advertising on Facebook (his words, not mine). His reason for this was brilliant. Gary discussed how we’ve been given a golden ticket, a cheap one, to be able to get our businesses seen. He then discussed how television and print advertising are falling to the wayside quickly, and that us as small business owners had only so much time to capitalize on the Facebook ad wave before big businesses swooped in too. Before long, he mentioned, companies with net worth’s in the billions will have snatched up all that well-priced ad space, forcing us to be unable to compete. Boost your posts, NOW, he said, as well all scrambled to take our phones out of our pockets and spent some money.

You Don’t Really Have A Choice. (Unless You Can Grow A Business On Only 2 Likes Per Post)

You’ve been scheduling your posts on your Facebook business page every day now. They’re catchy, they’re well thought out, but ALAS, you can barely swing two likes per post. Well, riddle me this, social media guru – which posts do you think Facebook will make more visible; yours, or the ones they’re getting paid to promote? Exactly. Start spending and get yourself seen.

Have more questions about your social media strategy? Let’s connect and make some noise together.

Internationally Published, Universally Awesome A Native-New Yorker with a heart as big as her personality, Michelle has recently made South Florida her home. Michelle studied Journalism at American University, Communications at Hofstra University and worked in the Public Relations industry in New York City before taking a leap into teaching, upon which she received a double Masters degree from Adelphi University. Michelle founded her business, Michelle Dempsey: Very Well-Written after continued interest in her copywriting and blogging services. She now offers a full scope of web content and blog development options to businesses of all kinds. Michelle has been published by Forbes and is a contributing writer for Elite Daily, Scary Mommy, Creative Child Magazine, BabyMaternity Magazine and mindbodygreen, as well as multiple publications around the globe. She describes herself as many things – a mommy to her one-year-old daughter, Bella and 8-year-old Dog-baby, Blue, a daughter, a sister, and a best friend. She needs coffee, wine and cardio to function (not usually at the same time), and loves the beach, binge-watching Netflix shows, going into Target for one thing and leaving with 15, Mexican food, sushi and sleep. 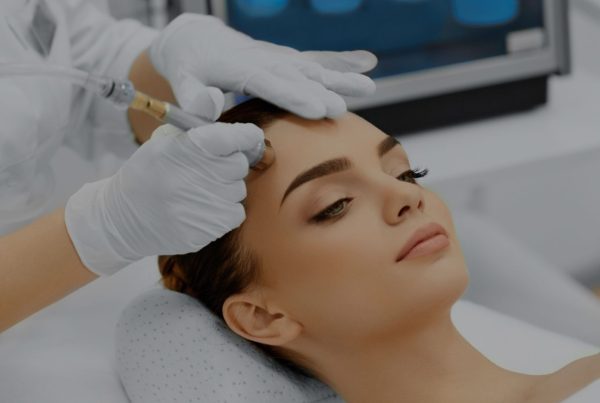 Three Ways To Market Your Aesthetic Practice In 2019 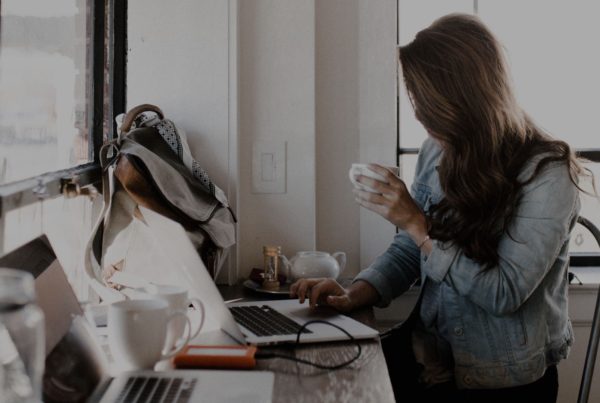 Burnout: The Entrepreneur’s Dilemma And Three Ways To Avoid It 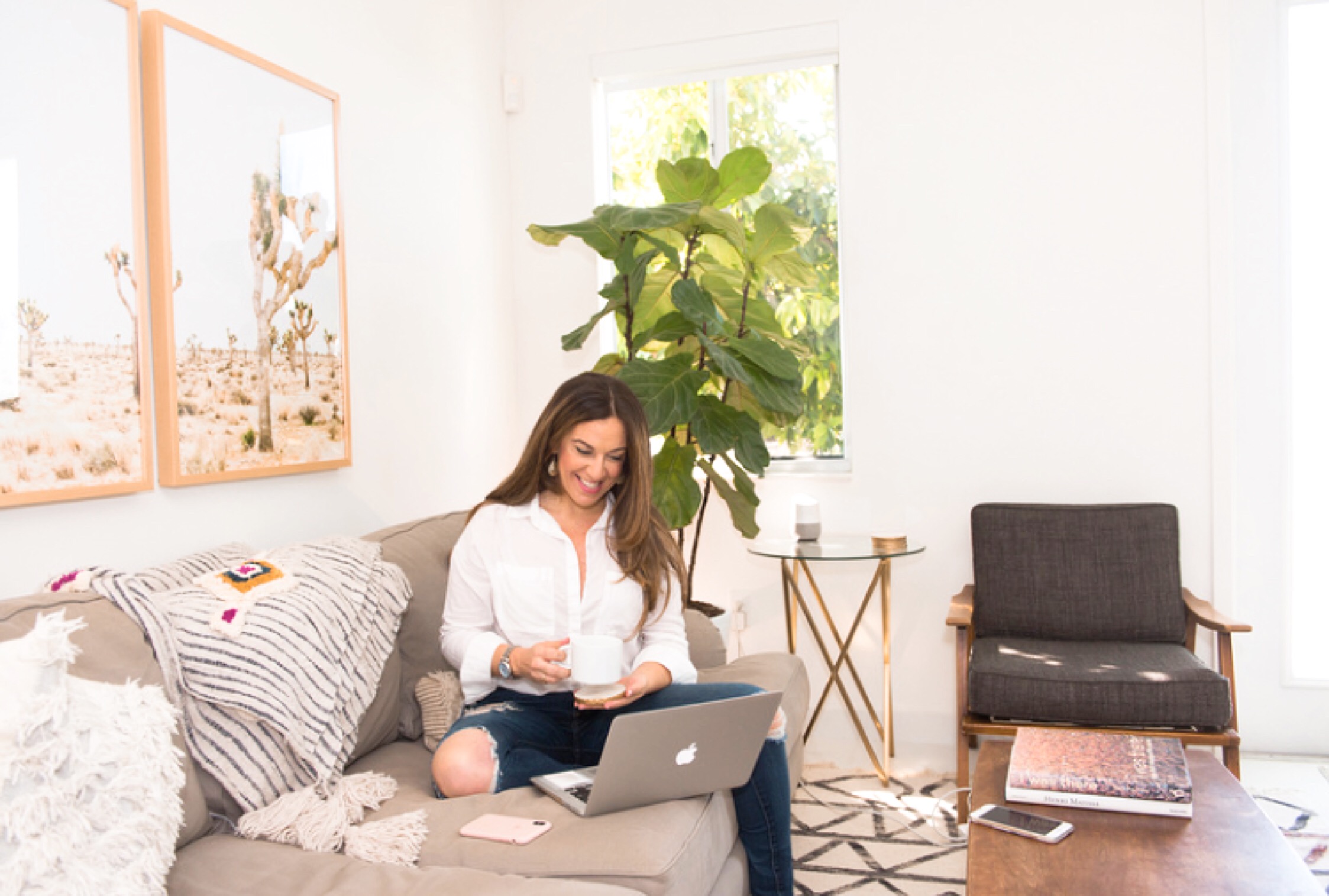 How Content Marketing Will Transform the Way You Do Business